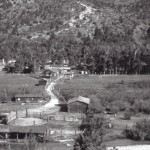 The site of Originally the Hayes Ranch in the 1800’s, it became Wright’s Lodge and opened as a guest ranch in 1903. There was no electricity in the valley and the favorite dinner served was chicken. At that time the price for one dinner was 75 cents. After some remodeling was done the price went up to $1.50 or $25.00 per week for room and board. One summer 2,500 chickens were served. The success was due to the beautiful scenery, good food and friendly people. Today, no food is served and the chickens roam free with the bunnies. 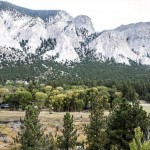 In 1940, Elmer Wright died and Marie Wright ran the ranch for three more years. In 1943 she sold the ranch and the new owners operated it until 1961. It was then sold to a Pueblo Presbyterian Church and it was used as a youth camp. In 1971 the main lodge burned down and the Ranch was used by miscellaneous passers-by. It became known as “Hippie Road” until 1981. Slowly the cabins were refurbished and brought to their current condition. In 1990 the ranch became known as “Bunny Lane”. 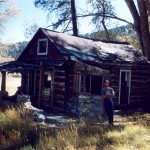 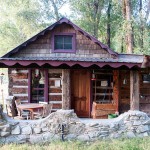 The Wild Hare of Bunny Lane Cabins and Connie’s Mountain Orchid were the two original cabins to the entrance to the Hayes ranch in the late 1800’s. 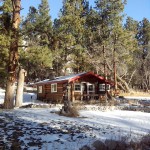 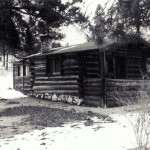 These two cabins according to history were brought down from St. Elmo and assembled at the entrance to the Hayes Ranch by two brothers for a cost of $15 each.

In 1863, at least 50 mines thrived near St. Elmo. The most famous was the Mary Murphy, located on Chrysolite Mountain. John Royal and Dr. A.E. Wright discovered potentially valuable ore around 1875. It was rumored that the Mary Murphy was named after a Denver nurse who cared for John Royal during serious illness. The Mary Murphy was one of the richest silver and gold mines in Colorado, producing an estimated $60 million in ore before closing in 1924.

50 miners lived in a boarding house built at tree line on Chrysolite Mountain. Charlotte Merrifield, author of Memories of St. Elmo recalls, “The miners were hard-working, hard-drinking, and liked to play pranks.”

An aerial tramway transported gold and silver ore from the Mary Murphy Mill for processing. The precious ore was pulverized, mixed into a paste, and placed in steam-heated vats. Mercury and other compounds were added to the mixture to separate the gold and silver. 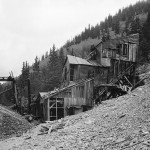 Unfortunately, mining and milling processes allowed for heavy metals to seep into nearby streams. Cleanup work began in 1992. These efforts should help restore water quality within the Chalk Creek Drainage. Please respect private property. Portions of the Mary Murphy Mine are on private property. 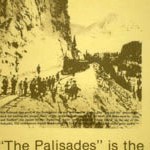 The Denver to Gunnison railroad ran from 1881 to 1910. From the Chalk Creek side you can walk the railroad grade to the Alpine Tunnel..On the Gunnison side you will find the pallasades, a man made railroad trestle. 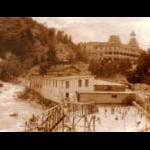 The healing hot springs lured Ute Indians to this place. Miners followed in search of gold and silver. Soon boomtowns spring up with smelters, saloons, hotels, dance halls, and schools. Today, the streets of these once-thriving communities stand silent. Ghost towns and other remnants of this historic period are left for you to discover!

In the early 1860s, a stage station and hotel stood near the Mount Princeton Hot Springs. By the 1880s, a luxurious hotel was built just west of the springs. J.C. Gafford bought the hotel and transformed it into a show place, adding a fourth story, a ballroom, stained glass windows, and carved wood paneling. Unfortunately, hard times, and mismanagement plagued the hotel. When the railroad was abandoned and the mines closed, a bank acquired the property. 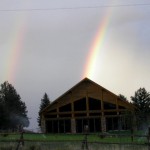 It was sold in 1944 to the Roche family and reopened as Mt. Princeton Commonwealth, a private elementary school. However, in 1950 the hotel was razed and the wood salvaged for use in a housing development in Abilene, Texas.

In the 1960s, a new pool was built and in 1965 a new lodge and dining room were constructed on the foundation of the historic hotel. 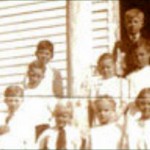 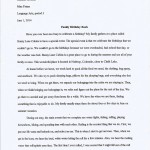 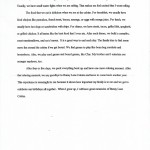 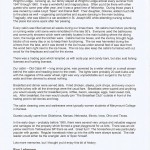 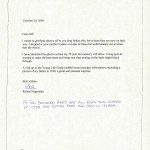 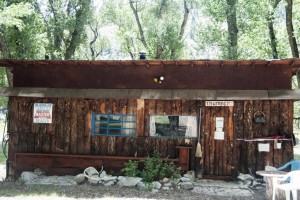 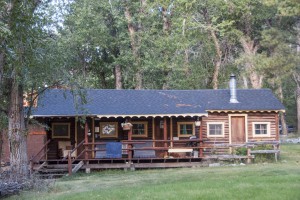 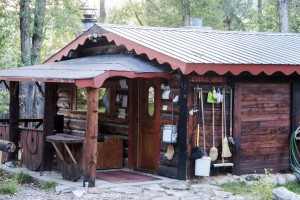 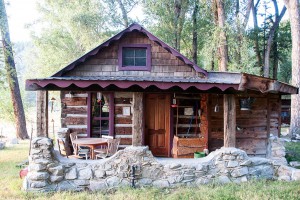 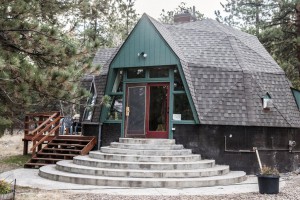 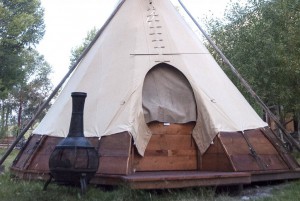 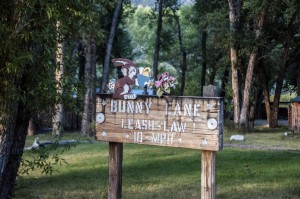